Bad Remedy, comprised of vocalist Dayne Sauder, lead guitarist Alex Mayer, drummer Kevin Cuthbertson, bassist Jon Banks, and rhythm guitarist Ryan Zellner, is characterized by their hard rock riffs, groovy drum and bass, squealing solos, all topped off with gritty, melodic vocals. Besides their main online presence on www.facebook.com/error504band and http://www.reverbnation.com/error504, the band is centered mainly in their hometown of Mansfield and adopted home-base in Columbus, Ohio. The band, aged 18-21, has been described as such:

“[They] worked the crowd like true professionals.” – examiner.com
"Bad Remedy- It's more than a band...it's an ATTITUDE!!" – Mid Ohio Rock Show
“Bad Remedy has come a long way since the Lucas Talent Show…” – Mansfield News Journal
“[One of] Columbus’ best local bands…” – The Alrosa Villa.

Vocalist Dayne Sauder's the eldest band member at 21 years of age explains the bands name. "Bad Remedy is something that feels right at the time to make you forget your troubles like drinking, gambling, drugs and easy women but you regret the next morning."   The bands vision of a Bad Remedy is captured on their music video for their single "Whiskey Runnin"

Airtime on 99.7 The Blitz, Spotify, and 88.9 ClassXRadio, while playing with acts such as Soundgarden, Alice in Chains, Korn, Lamb of God, Steel Panther, Papa Roach, and Three Days Grace, Bad Remedy is ready to take the next step toward success: Getting signed and touring their asses off to spread their name from local heavyweight to national talent. 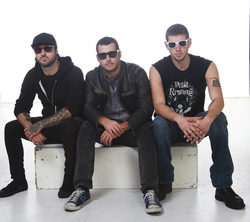 Latex Grenade a metal band with just the right amount of punk added in.  Hailing from San Diego, CA.   The band comprised of front man Geoff Davis on vocals and guitar, Nick Shores on Bass and Kyle Dern on drums.  The band has toured the US and opened for Hed(pe) during the 2014 South by Southwest festival.  For more info on the band and find out when they will be touring your a city near you go to www.latexgrenade.com 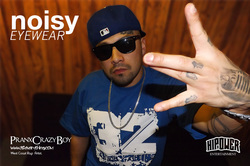 Born and raised in Santa Paula there weren't to many Latin hip hop artists til Pranx Crazyboy changed everything up with his new beats and confident flow.  Pranx Crazyboy exploded on the Ventura County Hip Hop scene and caught the ear of Los Angeles, CA Based HiPower Entertainment home of notable Latin Hip Hop artists such as Lil Rob.   Pranx Crazyboy is an artist keeps it noisy and wont stop until he reaches the top. 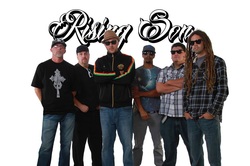 Rising Son is a roots rock reggae group from California.They released their debut album "Take Root" in 2006 featuring a diverse collection of 12 powerful songs. From the uptempo futuristic funk of "Communication" to the acoustic anthem "Uprising" the themes and musicianship cover a broad range from roots reggae to dancehall to rock with raw power and authenticity.

In 2007, Rising Son recorded the song "Worldwide Love" for the Denmark based reggaetown label. They continue doing live shows and building a following wherever they go. The band members can be heard on many other projects including H.R. of Bad Brains, The Divine Crime, Ska Daddyz, and an upcoming album from Levi who is also featured on the song "Heal This World" from Pato Banton's album "Destination Paradise". Levi has joined Pato on several live shows including the House of Blues on Sunset and the performance that is featured on a new DVD "Live at Belly Up" in San Diego.

Rising Son is now entering the studio again to record it's long awaited folow up album that is yet untitiled. With more than 50 songs of new material, they have been selecting tracks for the new album.

They have already begun performing several new songs live including "Forward", "LoveLife", and "Ethiopian Sonrize". With a new album in the works and plans for a tour, the future is looking bright for Rising Son. 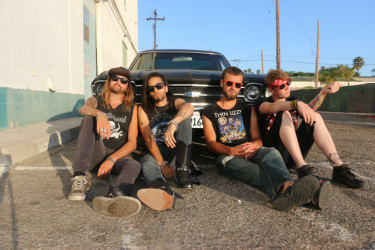